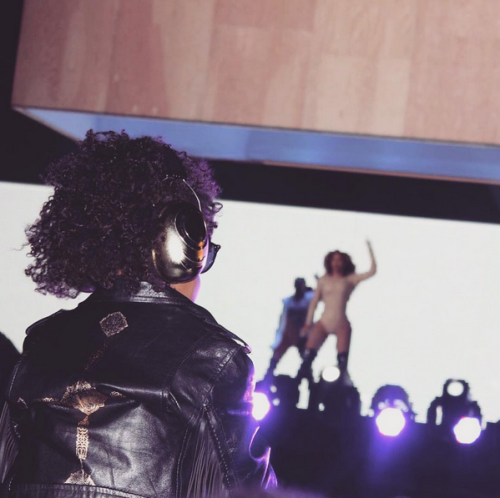 Central Park was rocking and rolling this past weekend with celebrated singers and activists coming together for the cause of citizenship. Beyonce was one of several artists to perform onstage at the Global Citizen Festival on Saturday and her daughter, Blue Ivy Carter, got a front-row view of mom’s performance.

The toddler sat on her dad Jay-Z’s shoulders while Bey performed. Blue wore headphones as she watched her mom serenade a crowd of people. 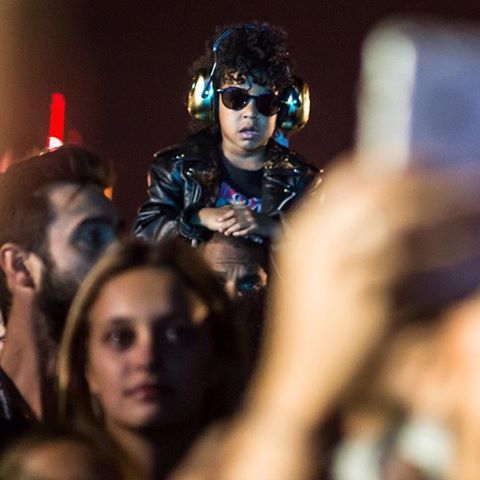 Michelle Obama followed Beyonce’s performance during the 2015 Global Citizen Festival. “I am thrilled to be here tonight … and honored to follow a woman who I admire and adore,” said the First Lady. 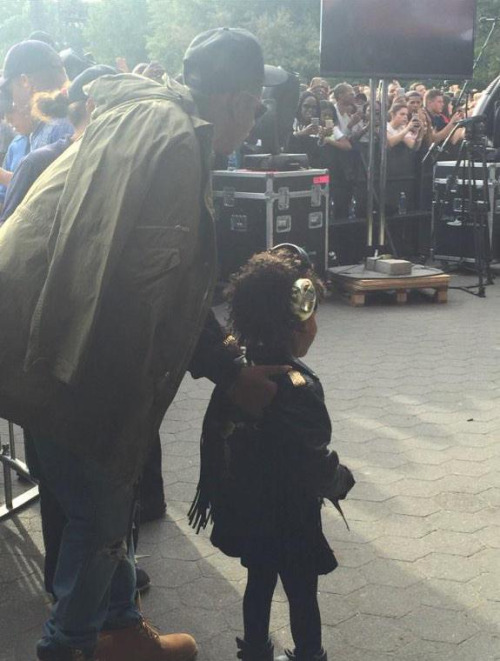 Activist Malala Yousafzai was also in attendance and advocated for education. “I want education to be the top priority because how can we end poverty… when we deny the right to education,” said the 18-year-old. Malala further explained, “We have billions and trillions of dollars but where the money goes is military; it’s things that are useless and that are not useful to society.”

Blue is Beyonce and Jay-Z’s only child. She celebrated her third birthday in January.