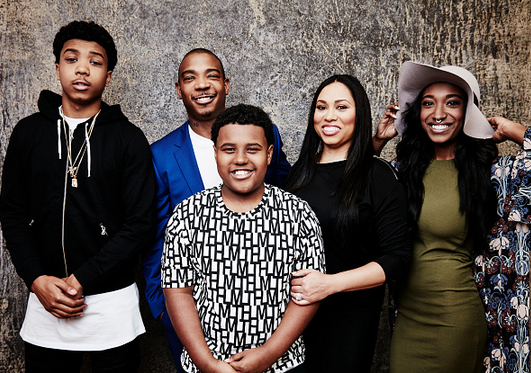 Fans of Ja Rule will soon see him as a family man when Follow The Rules makes its television debut. The show will premiere on MTV on October 26, 2015, at 10/9c.

Jordan is the self-proclaimed ladies’ man who tells fans that he has girls coming after him from all sides. The youngster’s older brother, Jeff, is the guy who doesn’t want to look foolish while impressing the girls. Of course, the teen’s father gives him a news flash in one segment by telling him that his attire makes him look silly. Hilarious!

Ja Rule recently told media that he is looking forward to his and the family’s television debut. “Me and Tip spoke about it,” said the rapper during one interview. “The one thing he told me is, ‘Once you do this show, people are gonna expect you to be and act a certain way. Because now you’re the family guy versus the hip hop artist. You’re the dad, the father. That’s fine with me because I’m in a different space in life right now.”

Ja Rule has two sons, Jeff and Jordan, and a daughter named Brittney with his wife, Aisha. Get a sneak peek of Follow The Rules below!