ZENDAYA AND RAVEN-SYMONE TEAM UP ON UPCOMING ‘K.C. UNDERCOVER’ EPISODE 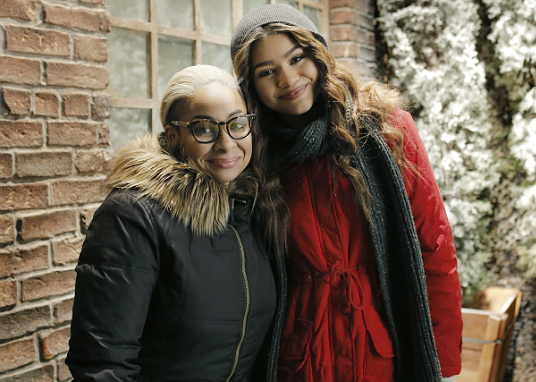 Raven-Symoné, star of the long-running Disney Channel hit “That’s So Raven” and co-host of ABC’s “The View,” will guest star alongside Zendaya in an episode of hit spy comedy “K.C. Undercover,” this Monday on Disney Channel. In the one-hour special titled “Runaway Robot”, Zendaya and Raven join forces for the ultimate rescue mission.

Zendaya is a co-producer on “K.C. Undercover” which was created by Corinne Marshall and is executive-produced by Rob Lotterstein. The television series also stars stars Kadeem Hardison, Tammy Townsend, Kamil McFadden, Trinitee Stokes and Veronica Dunne.

Catch Zendaya and Raven-Symone in the hour-long K.C. Undercover episode on Monday, September 7, 2015 at 7 p.m. on  Disney Channel.