REPORT: JESSE JACKSON IS NOT THRILLED ABOUT DAUGHTER’S NEW SINGLE 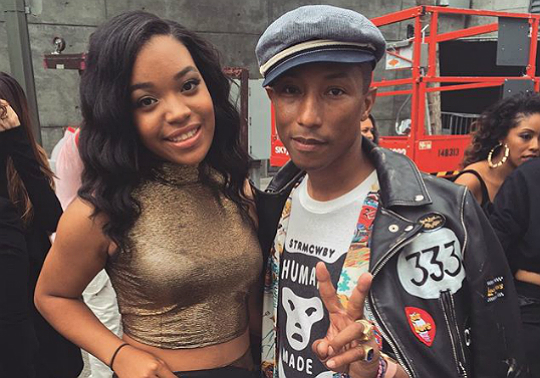 Ashley Jackson, daughter of Jesse Jackson, has recorded a single called ‘Fleek’ that is making its mark in the industry. While some are celebrating the teen for her boldness, there are reports that her father is not so thrilled.

“The Reverend thinks Ashley needs to mic down and concentrate on graduating high school. He’s not slamming the song, but he’s definitely not giving his stamp of approval.”

Ashley shared her career aspirations in show business a few weeks ago. “I feel like I will be signed to a major record label and, hopefully, brand ambassador for a fashion line,” said Jackson in June. The teen was recording with Q Parker at the time.

The producer had nothing but good things to say about his artist. “The thing that I love about Ashley is that from the moment she came into the studio she was very receptive, eager to learn, eager to listen,” shared Parker. “She is such a powerful artist, and I love what she stands for in and outside of the artistry.”

Ashley is one of six children that Jesse Jackson fathers. Listen to a snippet of ‘Fleek’ below!