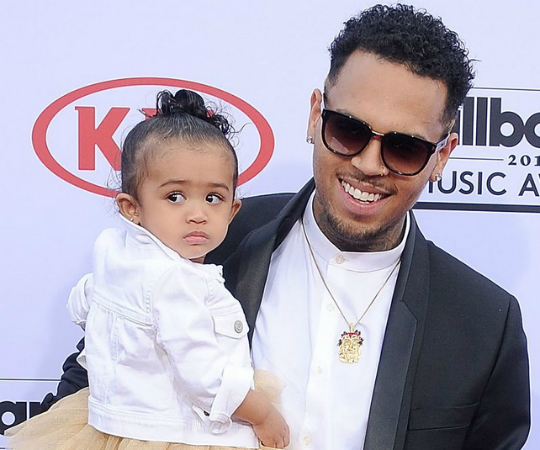 Chris Brown and Nia Guzman head back to court as a co-parenting plan that works for both of them is sought.

“Chris Brown’s baby mama fears for the safety of their daughter when she’s alone with him … so she’s asking a judge to ONLY allow him to see 1-year-old Royalty when someone else is around.

We’re told Nia Guzman just filed the legal docs for supervised visitation. Chris has filed his own docs to establish paternity so he can fight for joint custody, but so far the judge has not ruled.”

Royalty is Chris and Nia’s only child together. The R&B singer recently shared the joys of fatherhood with media.

“There comes a time when people kind of have to grow up and become more of an adult and take on different responsibilities,” said Brown during a conversation with Ryan Seacrest a few months ago. “I think this was just a blessing in disguise with my daughter because I get a chance to look at her and teach her the right path and also be a father in my daughter’s life.”

Royalty was born last year. She celebrated her first birthday in June.