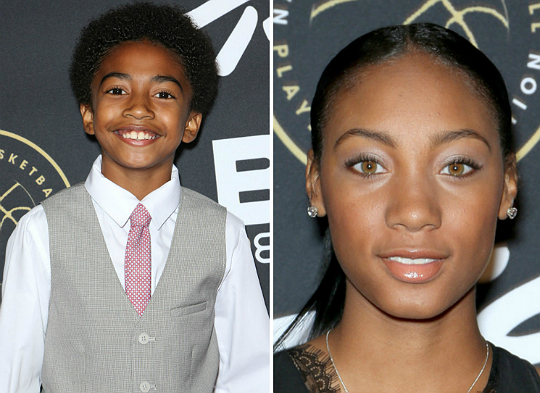 Blackish star Miles Brown was one of the award presenters at the first ever ‘Players’ Awards’ presented by BET at the Rio Hotel & Casino on July 19, 2015 in Las Vegas, Nevada. Also in attendance at the event was Little League pitcher Mo’Ne Davis.

“BET has established itself as a best in class presenter of Awards shows and special events and we are thrilled that we’ll be working with the National Basketball Players Association to bring what will be a an incredible night of entertainment”, said Stephen G. Hill, President of Programming, BET Networks. “This will be a unique show and we are looking forward to being the only network to dedicate a night to recognizing and celebrating the league’s most exceptional and rising stars for their extraordinary abilities on t!he court”.