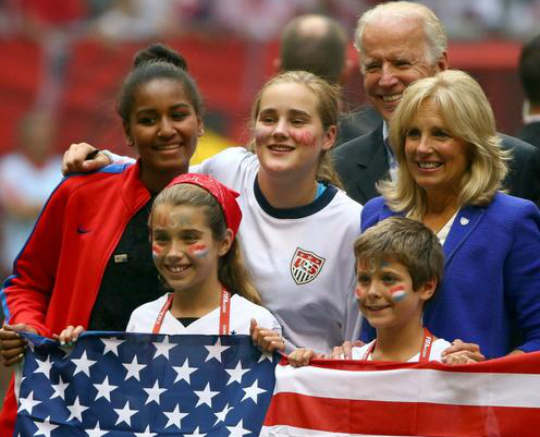 The U.S. women’s soccer team gained victory over Japan in the World Cup Championship, and Sasha Obama along with the Bryants cheered the ladies on from the stands. The youngest daughter of President and First Lady Obama smiled while taking pictures after the competition convened. Kobe and Vanessa Bryant were also proud of the women’s accomplishments, and said so via social media when the game concluded.

“Bryant ladies ready,” exclaimed Kobe before the action took place. The NBA star later took to social media to celebrate the star athletes after their victory. “Thank you for representing our country with competitive class and inspiring not only my daughters, but millions more #welldone #champions.” 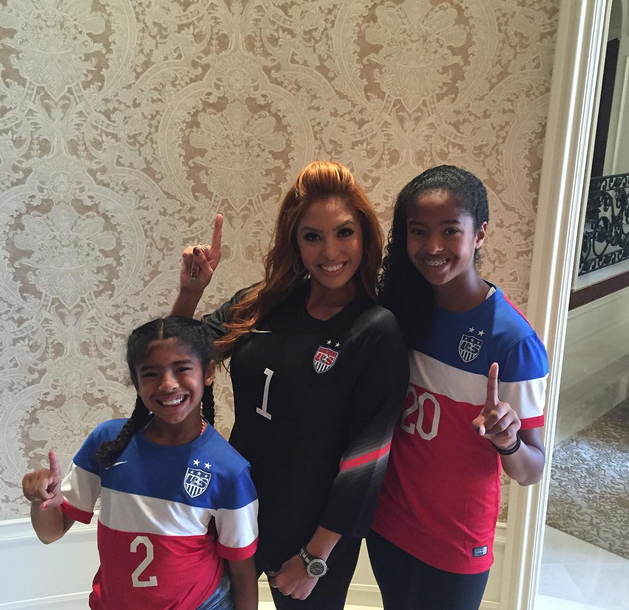 Team USA came onto the field with determination to win the final game of the series. Vice President Joe Biden recognized the intensity with which the women played and cheered loudly from the stands. “One more goal! One more goal,” yelled the politician as the ladies ran up and down the field. He admitted that watching the star athletes took him back to his days as a soccer dad. “Beau played and was captain of the soccer team,” shared Biden after the game. “I never played soccer. But I watched all Beau’s games.”

The U.S. women’s soccer team gained a 5-2 victory over Japan in the final game of the World Cup series. Kobe and Vanessa Bryant have two daughters. 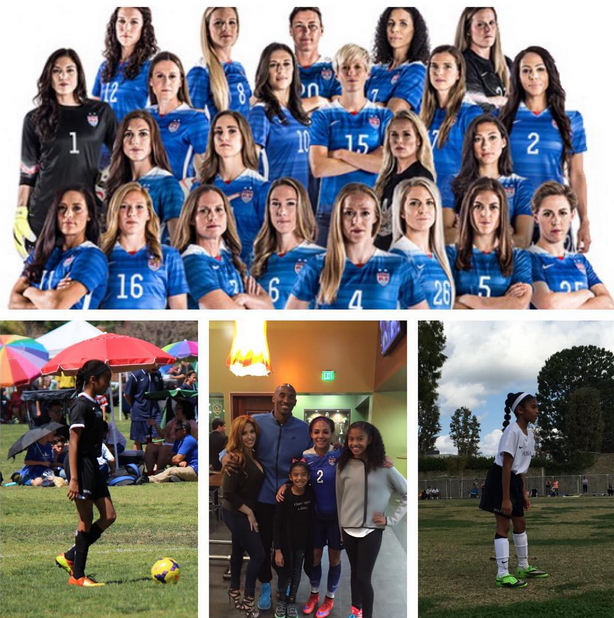