KIMORA LEE SIMMONS AND KIDS LIVE IT UP IN ATHENS 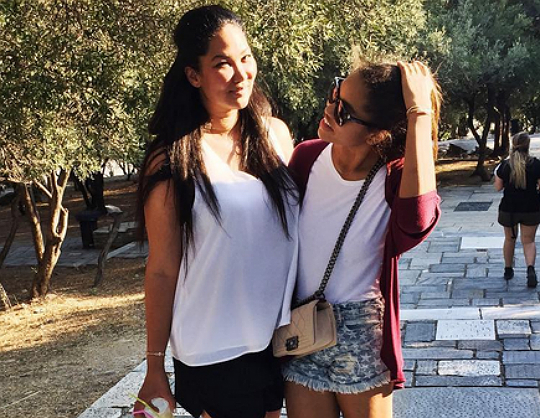 Kimora Lee Simmons and her kids have been in celebration mode these past few days. The fashion mogul and her family celebrated Independence Day this past weekend, while enjoying a beautiful stay in Athens, Greece.

“Happy Late Fourth of July,” shared Kimora on Monday. The celebrity mom also uploaded a picture of her youngest son, Wolfe, who sported the country’s colors by wearing rabbit ears that took on the form of stars. Wolfe was the epitome of adorable as he looked square into the camera’s lens while being photographed.

Kimora and oldest daughter Ming shared a few pictures from the family’s vacation in Greece. “So lucky to be here,” captioned Ming underneath a picture of herself. The teen struck a pose while exploring the sights from what could have been a yacht. Kimora also shared candids from the trip, which included one of Kenzo at the Parthenon. The little one took center stage while the historical landmark served as his background.

Kenzo is Kimora’s only child with actor Djimon Hounsou. Kimora has one child, Wolfe, with husband Tim Leissner and four kids in all. See more pictures of the family below!

USHER HANGS WITH HIS KIDS IN NEW ORLEANS