Home » NEWS » KELLY ROWLAND: ‘MY SON AND HUSBAND ARE THE GREATEST THINGS THAT HAPPENED TO ME’

KELLY ROWLAND: ‘MY SON AND HUSBAND ARE THE GREATEST THINGS THAT HAPPENED TO ME’ 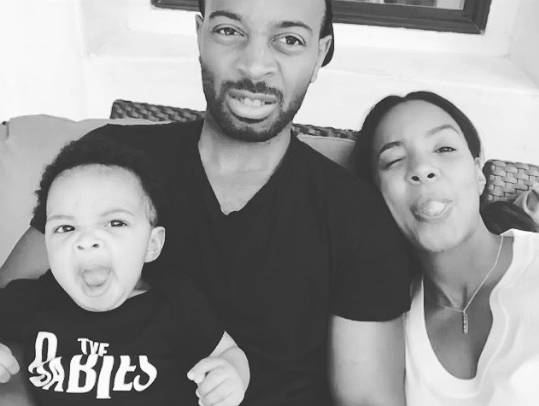 Kelly Rowland has a lot on her plate in terms of her music career, but everything takes a backseat when it comes to her son, Titan, and husband Tim Witherspoon.

“You make time for the things you want to make time for,” said the singer during the Samsung Galaxy Experience at the Essence Festival in New Orleans. “I know Tim and Titan are the number one priority, then it’s music, and after that is everything else. My son and my husband are the greatest thing that happened to me.”

Kelly further gushed about her son by telling attendees that Titan “is trying to walk right now—he probably lifts up on anything he can.” She further explained that her son “is the most amazing human being I am so grateful that God made me apart of his journey in life so I am blessed.”

Motherhood has certainly sent Kelly down a journey of her own as the singer told Essence Festival attendees that she is completely enthralled with children’s apparel. “Because I have had Titan, I have been so intrigued with children clothes and I even make some of Titans clothes from scratch, ’cause some of the things I see, I am like, ‘That would be so cute for him’ and I get it cut down and made for him,” shared the star. “I said maybe I should tap into [children’s fashion] a little bit and see what happens.”

Although she loves children’s clothing and adores her son, Kelly told fans that it would be a while before she and Tim looked towards family expansion. “Not for a while, not for a while,” said the singer of having more kids. “I am almost at my goal weight after this baby. I want to give it another three years. I absolutely want to give him a brother or sister—just one more I will have. Just not right now.”

SEBASTIAN THOMAZ HAS A GOOD GRASP OF THE ENGLISH LANGUAGE

SEBASTIAN THOMAZ HAS A GOOD GRASP OF THE ENGLISH LANGUAGE