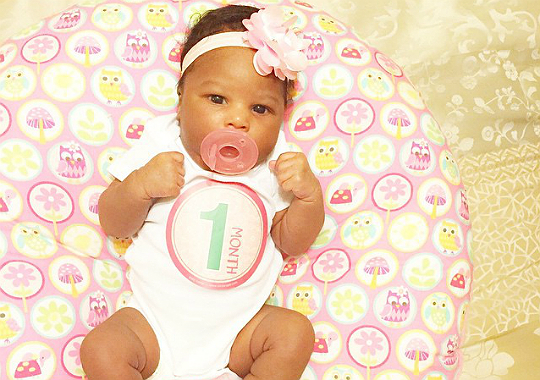 “Baby Kennedi is 1 month today,” captioned Chad underneath the picture. “Notice the features and strikingly gorgeous resemblance to her dad, she can say ‘Daddy’ and crawl already which has to be some sort of a record,” doted the proud father.

Johnson has been spending a lot of time with his kids lately. He even shared a picture of himself with his tween daughter who celebrated her twelfth birthday earlier this week. “Happy 12th birthday to my DIVA @babychade_diva.”

Kennedi is Chad Johnson and Cryatal Bates’ only child together. The former NFL star has five kids in all. See more pictures of Chad with his kids below!