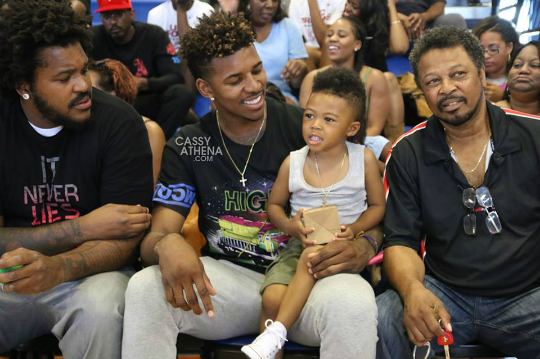 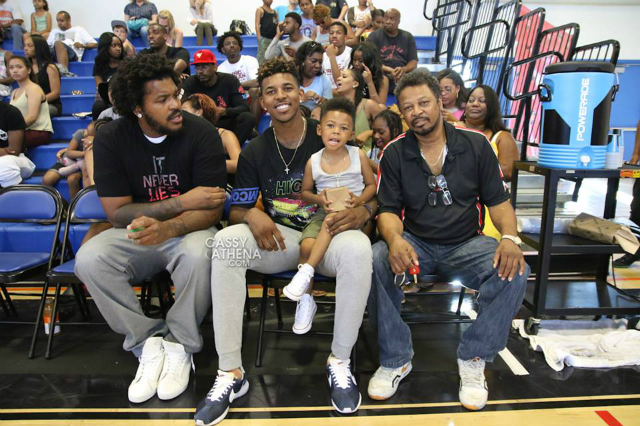 Lakers Forward Nick Young enjoyed Father’s Day with his son, his big brother, and his dad at the Ball Up Million Dollar Summer Challenge(MDSC) last weekend. The NBA player not only got to spend quality time with his favorite boys , but he also got to watch his team compete in the game.

Young is the owner of “Swag Champs,” a Los-Angeles based team comprised of overseas players and high school friends competing in a summer-long tournament in hopes to win $1M:

Ball Up, the leading streetball brand in the world and home to some of the most talented athletes to play the game, has reached an agreement with ESPN to televise its first-ever “Million Dollar Summer Challenge,” a summer long basketball competition that gives six U.S. cities the opportunity to compete for $1M and bragging rights as the preeminent summer basketball team in the nation. The challenge tips off in Washington D.C. on May 30th and will air on ESPN2 beginning in September. Playing in six markets, the Summer Challenge will feature elite competition and allow local legends to become national champions(Source: PR Newswire).

Check out more pictures of Nick and his family below!

MIMI FAUST AND DAUGHTER ENJOY 'MOMMY AND ME' TIME