Home » Maternity » Expecting » TAMI ROMAN ANNOUNCES THAT SHE IS PREGNANT

TAMI ROMAN ANNOUNCES THAT SHE IS PREGNANT 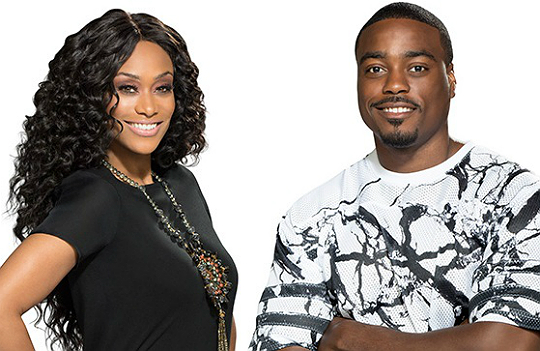 Congratulations to Tami Roman who is expecting her first child with boyfriend Reggie Youngblood. The Reality TV star made the announcement during Monday night’s ‘Love & Hip Hop’ after show. Tami was excited to tell fans that she is six weeks pregnant.

It was just a few days ago that Tami and Reggie conducted an interview with Hip Hollywood in which the reporter asked Tami if she was pregnant. “That’s for the world to see,” replied the expectant mom. The celebrity mom refused to confirm the news during the interview even when the reporter took her indirect answer to the question as proof of Tami’s expectancy. “I did not say that,” said Roman. “You said that.”

Although this will be Tami and Reggie’s first child together, Roman is already the proud mother of two daughters named Lyric and Jazz. See Tami ‘s announcement below!

SHAD MOSS: 'I WANT TO FOCUS ON BEING THE BEST FATHER'

SHAD MOSS: 'I WANT TO FOCUS ON BEING THE BEST FATHER'