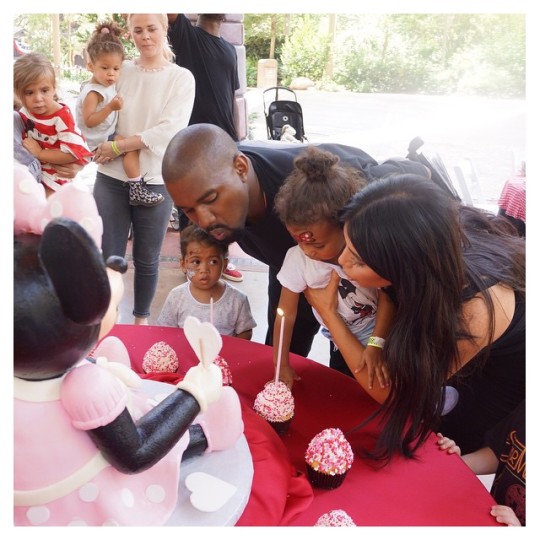 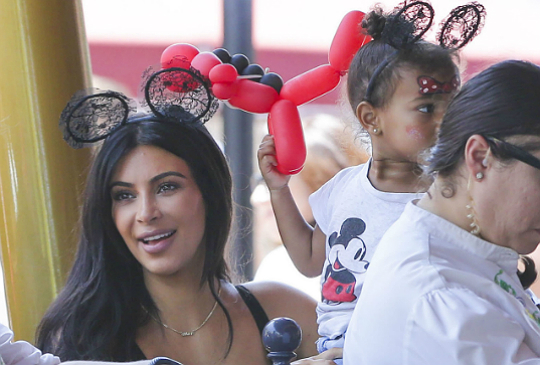 North West was the center of attraction at the Happiest Place on Earth this past Monday. The toddler celebrated her second birthday with mom, dad and a host of other family members at Disneyland in Anaheim, California. 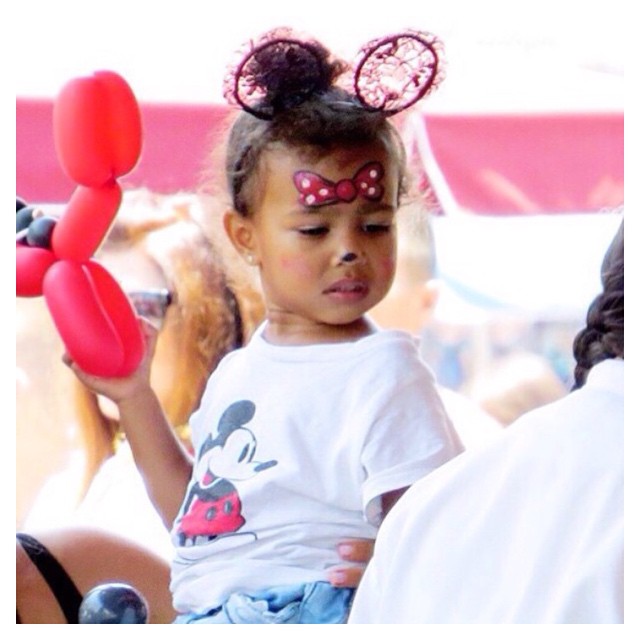 North enjoyed a number of attractions while at the amusement park. She spent an extended amount of time on the merry-go-round, and was joined by a number of family members. Although Kim, who is expecting her and Kanye’s second child, did not ride many attractions, she did enjoy a bit of time on the classic ride.

King Cairo was one of several kids in attendance to help North celebrate her birthday. He and his father, Tyga, were photographed while enjoying the Storybook Canal and a number of other attractions. 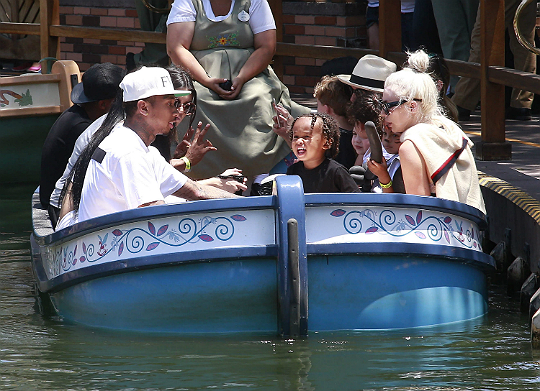 North West was born on June 15, 2013. She is Kim and Kanye West’s first child. The couple are expecting their second child to arrive in winter. Stay tuned for more pictures of North at Disneyland!