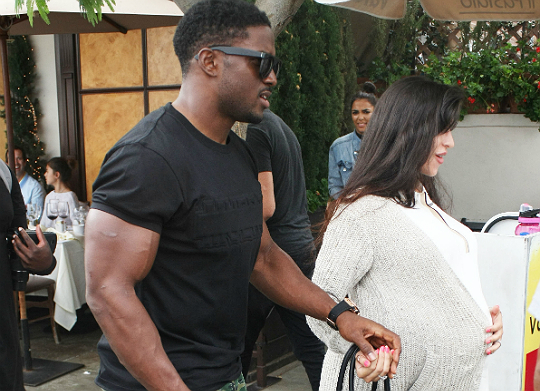 Reggie Bush and Lilit Avagyan spent a day out together in Beverly Hills, California, this past Friday. The couple enjoyed lunch at Il Pastaio, where Lilit showed off her baby bump.

The NFL wife cradled her protruding stomach while walking down the street with her husband. She also wore white and gray flats that matched her white dress with gray sweater.

Reggie and Lilit are excited about the impending birth of their little one, and thoroughly enjoy parenting their daughter Briseis. Lilit recently shared pictures of her and Reggie’s daughter, born in May 2013, that featured the little one sleeping. Briseis rested in her father’s arms while holding onto mom’s hand. “Back home,” captioned Lilit. 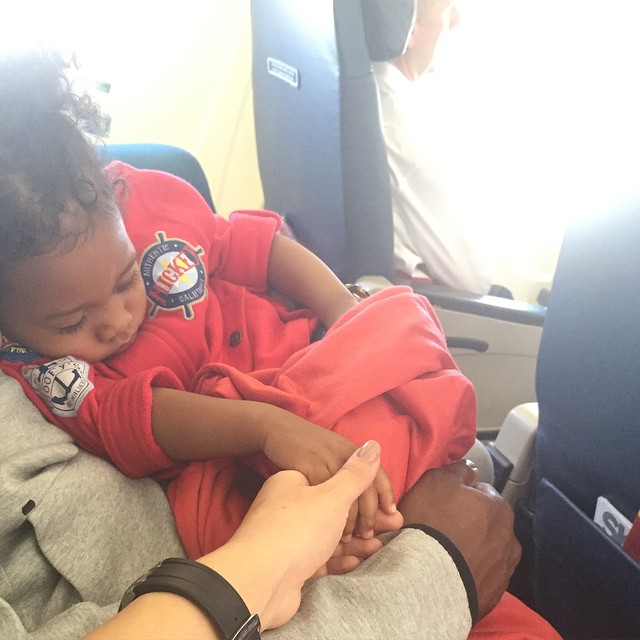 The NFL wife confirmed her and Reggie’s second pregnancy in April. The Bushes are expecting their little one to arrive in coming weeks.

See more pictures of Briseis below!