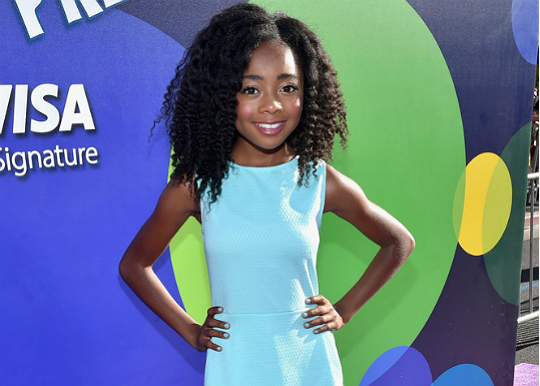 Skai Jackson and Kamil McFadden were two of many young stars to attend the premiere of Disney and Pixar’s Inside Out on Monday. The entertainers took the red carpet by storm as they posed for photographers and answered various questions about their careers.

Both of the young stars are doing big things in the industry as Skai is a Disney Channel favorite and Kamil is gaining much popularity as a supporting actor on ‘K.C. Undercover.’ Skai’s signature show, ‘Jessie,’ became so adored by fans that Disney announced its sequel, named ‘Bunk’d,’ a few months ago. Jackson will be one of several stars in the upcoming show, which will further enhance her already impressive resume.

Kamil is also a talent to be celebrated as he is one of a number of comedic stars on ‘K.C. Undercover.’ The youngster has also made appearances on Tyler Perry’s ‘House of Payne’ and the popular film Grown Ups 2.

Inside Out is about a girl named Riley who adjusts to city life after moving to San Francisco from the Midwest. The movie makes its public debut on Friday, June 19, 2015. Watch a snippet of the movie below!