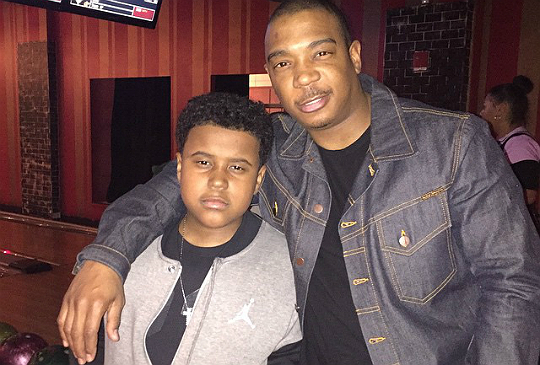 Jeffrey Atkins, a.k.a Ja Rule, will soon be a reality star when his family’s docu-series Follow the Rules makes it debut on MTV. In preparation for the fame, the rapper is getting advice from good friend T.I. on what it means to be a Reality TV celebrity.

“Me and Tip spoke about it,” says Atkins of his upcoming show. “The one thing he told me is, ‘Once you do this show, people are gonna expect you to be and act a certain way. Because now you’re the family guy versus the hip hop artist. You’re the dad, the father.'”

According to Ja Rule, “That’s fine with me because I’m in a different space in life right now. I’m more into being a father and doing my business ventures and stuff than I am being the wild, crazy rapper. For me it’s a perfect transition.”

Follow the Rules will trail the Atkins as they go through everyday life experiences. From college-aged daughter Brittany making tough decisions as a young adult to tween son Jordan finding his way as an adolescent,  the Atkins will be faced with many challenges. Although many trials may arise, Jeffrey, Aisha and the kids will get through them with a bit of humor.

The Atkins’ reality show will make its debut on MTV later this year. Catch a sneak peak below. Ja Rule and Aisha parent two sons, Jordan and Jeff, and one daughter together.

PHOTOS: BLUE AND JULEZ HAD A BALL AT THEIR GRANDMA'S WEDDING

PHOTOS: BLUE AND JULEZ HAD A BALL AT THEIR GRANDMA'S WEDDING