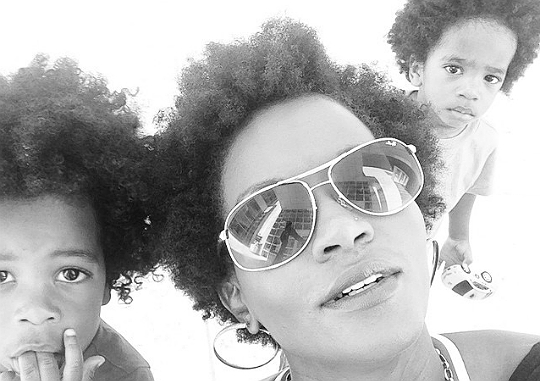 This week is focused on infertility, and Tomiko Hines is doing her part to ensure barren women that they are not alone. The model has partnered with RESOLVE to spread awareness about sterility and the many options available to couples hoping to expand their families.

It was just a few months ago that the model shared her struggles with fertility during a conversation with Katie Couric. “[The diagnosis was] completely, completely shocking,” said Tomiko of the doctor telling her that her inability to conceive was due to Premature Ovarian Failure. “I have always wanted to have children. [I] got married late in life and was ready to go. After several failed attempts, I got tested.”

Although she and her husband, Chris Hines, were able to give birth to twin boys by way of an egg donor, Tomiko understands that many women are not so lucky. It is for this reason that she, along with RESOLVE, are encouraging those battling with infertility to be at peace with their situation and seek out other methods of family expansion. “Together we can spread the word to help people feel less isolated and provide them access to important resources during their family building journey,” says RESOLVE President and CEO Barbara Collura.

See more pictures of Tomiko and Chris’ sons, Bryce and Kaden, below!