Home » NEWS » THE MANY FACES OF BERKELEY GROSS 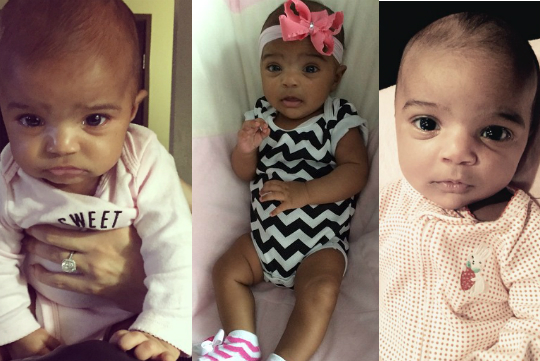 Here’s Berkeley! The little one was recently photographed by dad Lance Gross in all of her cuteness.

Berkeley puts on several faces for her dad that while in the spotlight. From the serious stare that screams, “Don’t mess with me,” to the look of surprise that suggests her father caught her off guard, Berkeley is truly the lovable kid.

Lance shared the first pictures of his daughter shortly after his fiancee, Rebecca Jefferson, gave birth. “My Muse. My Heart. My Joy. Daddy Little Girl. Berkeley Brynn Gross,” captioned Lance underneath the candid. The actor, who is also a photographer, managed to capture his daughter while laughing, which only added to the sweetness of the moment.

Rebecca and Lance welcomed Berkeley into the world on November 20, 2014 . Lance was overjoyed to see his daughter for the first time, and shared his excitement with Instagram fans. “You’re Daddy’s Little Girl,” wrote the star. Berkeley is Lance and Rebecca’s first child together.