Home » Video » EXCLUSIVE: KAMIL MCFADDEN TALKS TO US ABOUT LIFE ON K.C. UNDERCOVER

EXCLUSIVE: KAMIL MCFADDEN TALKS TO US ABOUT LIFE ON K.C. UNDERCOVER

by
in Video, YOUNG STARS
0 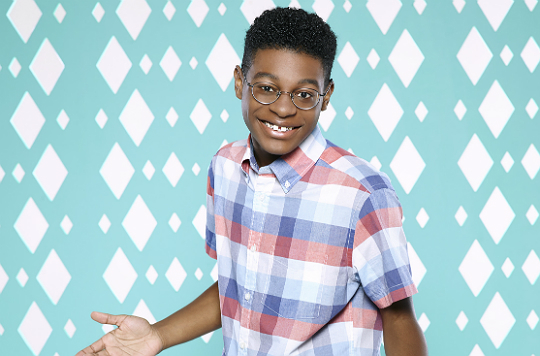 Kamil McFadden is proving to be yet another breakout star on K.C. Undercover. He portrays K.C.’s younger brother, Ernie, who Kamil describes as “a lovable goofball.” BCK had the chance to chat with Kamil recently, asking him about his experiences in the industry, on the show, and what he hopes is next.

At only 18 years old, Kamil already has a decade of experience under his belt. He got his start in theatre at the age of 8 and told us: “I just fell in love with performing in front of tons of people and making them smile.”

Kamil explained, “After I did theatre for five years, I got my first audition for TV.” He admitted he’ll miss theatre, but said “TV is where I want to be.” Being seen by a much wider audience doesn’t hurt. And K.C. Undercover, a Disney action-sitcom about a family of secret spies, will definitely be garnering the smiles, many from Ernie — the computer genius with a perpetually clumsy side.

Although Kamil may not be a computer genius, he does acknowledge his own clumsiness as being something he has in common with his character. “I feel like other people are going to like Ernie because he’s a lovable goofball… it’s just his nature.”

Just as Trinitee Stokes (Judy) had said, Kamil also noted one of the best parts of being on the show is how the cast has become a family. “As the show goes on, you see the progression of our chemistry.” He added that the cast is constantly joking around,and that they are a musical bunch, and even sometimes break into song or rap on set. However, Kamil warns that we should not expect an album from him anytime soon.

LA'MYIA GOOD AND ERIC BELLINGER ARE MARRIED AND EXPECTING A CHILD

LA'MYIA GOOD AND ERIC BELLINGER ARE MARRIED AND EXPECTING A CHILD