Home » NEWS » MICHAEL STRAHAN ON TWINS: ‘THEY ALREADY KNOW WHAT THEY WANT TO DO WITH THEIR LIVES’

MICHAEL STRAHAN ON TWINS: ‘THEY ALREADY KNOW WHAT THEY WANT TO DO WITH THEIR LIVES’ 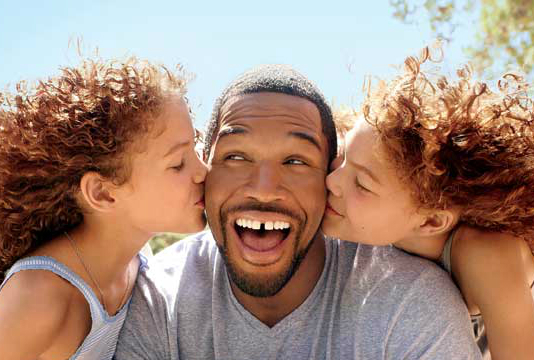 Michael Strahan has two ambitious twins. The television personality tells media that Isabella and Sophia have already chosen careers for themselves.

“They already know what they want to do with their lives, which I am amazed at because, at their age, I had no idea what I was going to do,” says the star. Michael tells PEOPLE that his twin daughters are looking into joining the psychology and fashion merchandising fields someday.

The selections kind of come as a surprise since Isabella and Sohpia are clearly animal lovers. “We have two dogs — they also foster dogs — they have nine cats, three horses, and [every] time I see them I’m at some fundraiser to help raise money for some local shelter,” says Strahan of his daughters’ love for furry creatures. It sounds like Michael could very well be raising two veterinarians.

Michael Strahan is the proud father of four children. Isabella and Sophia are his kids with ex-wife Jean Muggli.