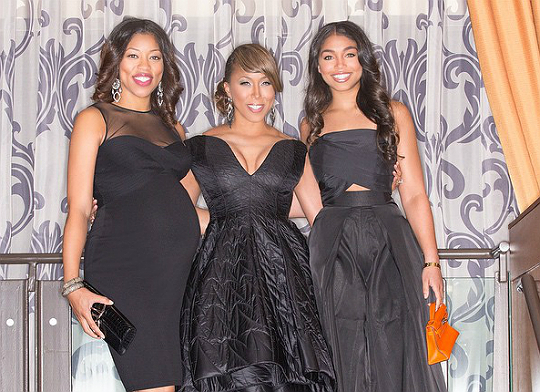 Lori, the youngest daughter of Marjorie Harvey and Steve Harvey, celebrated her eighteenth birthday earlier this week with a party in Miami.

“Happy 18th Birthday Lori!!!!! #Miami #turnup,” tweeted mom. Marjorie shared a collage of her daughter that featured Lori having fun with both her and Steve.

Mrs. Harvey excitedly shared the news of her daughter’s impending celebration several days before Lori’s birthday. “Celebrating with my baby for her birthday in Miami……Count down to the BIG 18,” wrote the star next to a picture of her and Lori enjoying an elegant night out in town.

In addition to commemorating their youngest daughter’s entry into adulthood, Marjorie and Steve are also celebrating the impending birth of Morgan’s first child. Marjorie announced her daughter’s expectancy last year during a special holiday airing of the ‘Steve Harvey Show.’ This will make her and Steve grandparents for the second time, and give little Rose, the Harveys’ first granddaughter, a playmate.