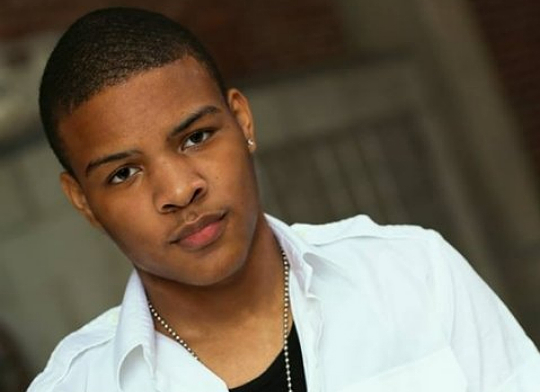 Unlike his young brother Domani, who is building up an image in the hip-hop community, Messiah Harris, is stepping out onto his own stage. He stars in the upcoming gritty street-drama, Sons 2 the Grave, which is set to release sometime this year.

The film, which also features Trevor Jackson, is a coming-of-age film geared towards kids and teens who are facing the challenges of race and class and violence, everyday.

The story follows a group of boys who suffer in silence after the gunning down of their friend and basketball protege, Marcus Jennings (Trevor Jackson). Crippled by fear, the others allow the killer to hold all of the power, and subsequently they find themselves with an exceptional bond. At the heart, it is a story about making choices and living with the consequences.

The writer/producer, Lynne Stoltz told Urban Grandstand that the idea for the film came out of the sadness of the several tragic shootings that young men in “neglected neighborhoods” are growing up around. The filmmaker cited incidents such as Trevor Martin and Michael Brown as inspirations to tell a story that would be important to youth of this generation.

Stoltz added that she hoped her film would speak to its intended audience, and give options. “It’s my hope” she explained, “that everyone who sees the film will think about responsibility.”

As for the cast, Stoltz is very proud of the powerful acting that comes through.

Messiah Harris, who is almost 15 years old now, has been featured on his family’s reality TV show, T.I. & Tiny: The Family Hustle, but this film marks his first real role.