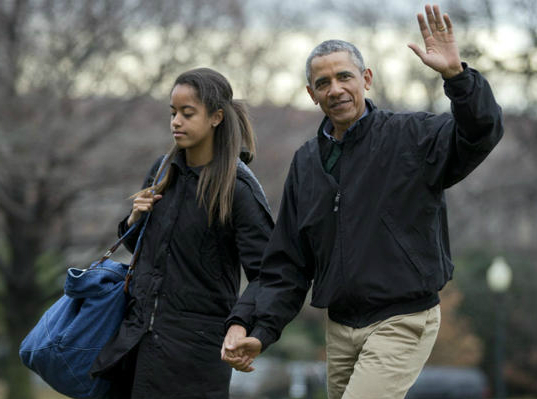 Who shared that selfie of Malia Obama? That is what the White House is trying to find out. Capitol Hill announced its investigation into the posting of a selfie that featured the eldest daughter of President and First Lady Obama earlier this week.

According to FOX News,

“The White House is reportedly probing how a photo, potentially featuring President Obama’s daughter Malia, surfaced on the Instagram page of a rap group.

The photo appears to be 16-year-old Malia Obama sporting a white shirt with the logo of Pro Era in green, red and black lettering. A representative for rapper Joey Bada$$ told Gawker that the New York-based rap collective received the photo from a ‘mutual friend.'”

Many raved when the picture of Malia with her hands behind her head appeared on the Internet. Several media outlets were happy to see the eldest first daughter have a little selfie fun.

Although the White House has not confirmed whether or not the teenager in the picture is in fact Mali, the odds of it being someone else are pretty slim. President and First Lady Obama are the proud parents of two teenage daughters.

TAMERA MOWRY-HOUSLEY IS HAVING A...GIRL!

TAMERA MOWRY-HOUSLEY IS HAVING A...GIRL!