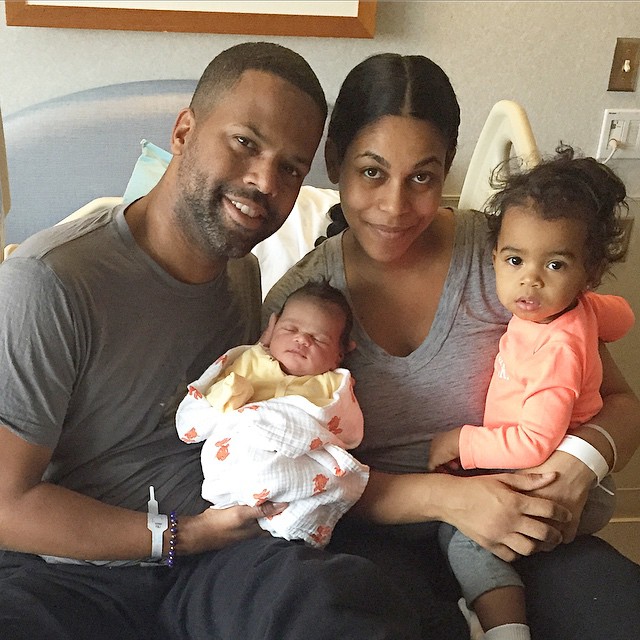 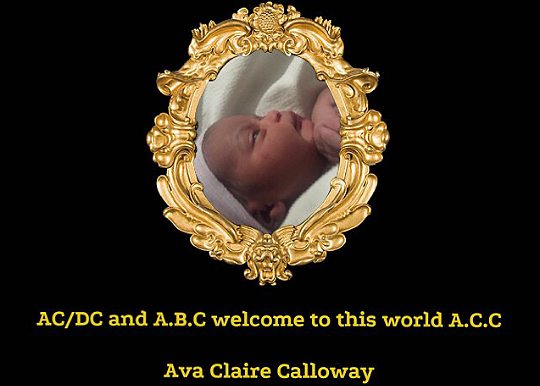 AJ Calloway is somewhere near cloud nine. The television personality welcomed his second child with wife Dionne on January 1, 2015.

“Best first day of the year in my life,” read an announcement that featured AJ’s daughter. The photo also revealed the little one’s name, which is Ava Claire Calloway.

AJ and Dionne welcomed their first child, Amy Belle, on August 12, 2013. The couple were beyond thrilled to be parents for the first time. “I am still coming down from the moon,” said AJ in a statement. “I now know what it feels like to have heaven in my arms.”

The celebrity knew what it was like to have heaven in his arms for the second time around when Ava was born. AJ was sure to take a picture while holding his daughter with “the whole Calloway crew.”

Although Mr. Calloway was completely enamored by his daughters, he didn’t let the moment slip away without showering his wife with love. “I am beyond blessed to have a wife who is so beautiful, strong and compassionate,” wrote AJ in an Instagram post that featured Dionne with the girls. “You are an amazing mother and our girls are blessed to have you as their mom,” shared the star.

Check out more pictures of the Calloways below!