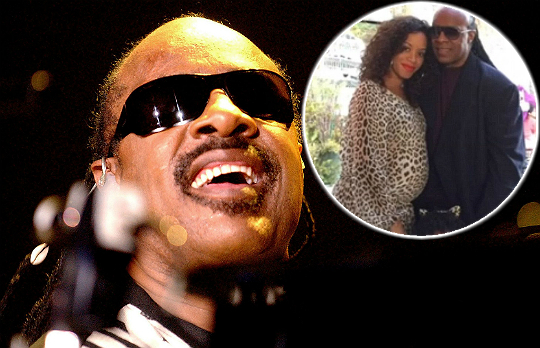 Congratulations to Stevie Wonder who welcomed his ninth child into the world earlier this month.

Stevie confirmed his and Tomeeka’s expectancy last month during an appearance on The View. “I got, how many, 22 kids,” asked Stevie in response to rumors of him and Tomeeka expecting twins. “The truth is we’re going to have a wonderful daughter, [to be] born in December, name is going to be Nia, which is ‘purpose.'” The R&B singer further discussed gossip telling media, “Rumors spread, and like I said in the song Superstition: When you believe in things you don’t understand, you suffer.”

The newest addition to the family is Stevie and Tomeeka’s second child together. Stevie has seven children from past relationships.