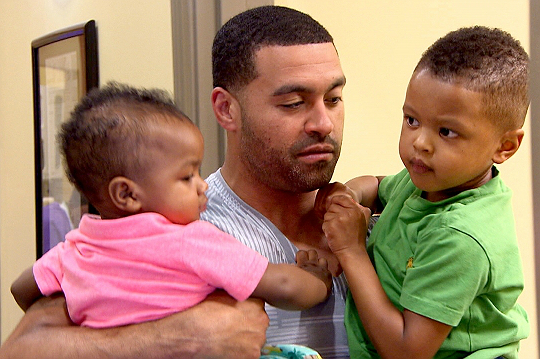 Apollo Nida hasn’t seen his kids in months, and blames estranged wife Phaedra Parks for the separation. The ‘Real Housewives of Atlanta’ star recently told InTouch exclusively that Phaedra hasn’t let him interact with his sons since he began serving his eight year jail sentence for fraud.

“This isn’t right,” said Apollo. “If I don’t see my children for eight years, that would be some bulls—, and I would fight for that right! Who in their right mind would allow children to be away from their father for eight years, regardless of where the father is at in the world?”

Find out what else Nida had to say about his family, including his plans to fight Phaedra for money during divorce proceedings, in this week’s version of ‘A Celebrity Baby Blog.’

Maya Rudolph vows to not have more children [PEOPLE]

FABOLOUS FEATURES A 'YOUNG OG' ON HIS ALBUM COVER