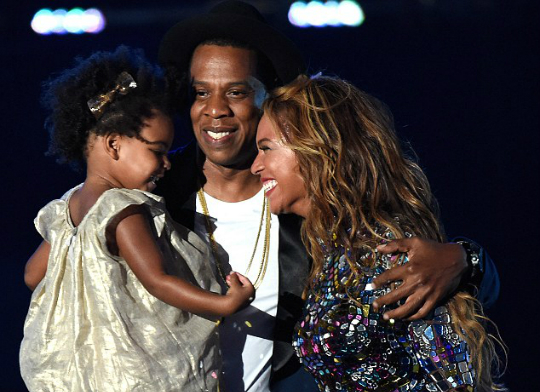 The time Blue supported her mom onstage during the 2014 VMAs.

Jay-Z and Beyonce are actively preparing for baby number two, and Alicia Keys shows off her bump en route to the European Awards. It’s a celebrity baby blog where family expansion rules. Get the weekend scoop below!

Mariah Carey hangs with ‘dem babies’ in Australia [Us Weekly]