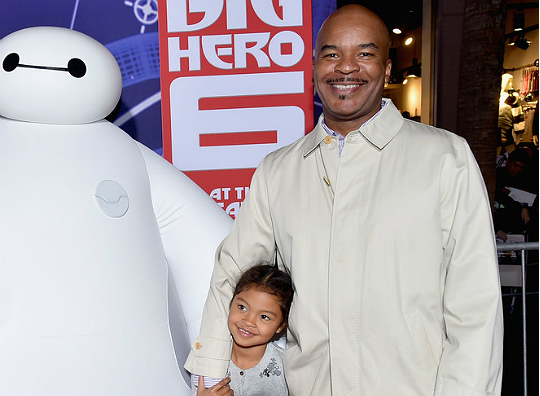 David Alan Grier and daughter Luisa were two of many stars to stop by the premiere of Disney’s Big Hero 6 at El Capitan Theatre on Tuesday. The ‘In Living Color’ star smiled wide for photographers while holding his daughter close. Little Luisa also smiled as she rested in her father’s embrace.

Big Hero 6 is all about the bond that a robot named Baymax shares with a prodigy known as Hiro Hamada. The prodigy partners with several other friends to form a group of superheros called the Big Hero 6 to protect citizens after a surprise attack hits San Fransokyo. Although not directly a part of the group, Baymax renders his love and support as the team seeks to uncover the mysteries that have made the city unsafe.