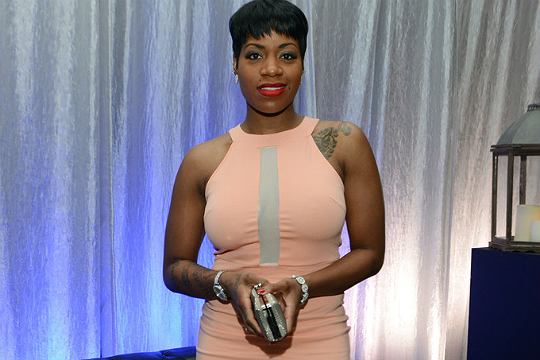 Fantasia Barrino has got custody woes. The ‘American Idol’ winner is allegedly battling with her daughter’s father in court after he filed for custody of their daughter Zion.

“Fantasia Barrino is currently involved in a Child Custody, Visitation, and Child Support legal proceeding filed in Mecklenburg, North Carolina. The lawsuit was filed…Brandel J. Shouse, the father of Fantasia’s 13-year-old daughter Zion. Despite living in North Carolina, Mr. Shouse had very little personal contact with Zion and has provided no financial support for her. The case will not be heard until 2015. Fantasia is confident that legal process will move forward smoothly and that the Court will make a decision that is in the best interest of Zion.”

Brandel wants the courts to give him full custody of his and Fantasia’s daughter, but the R&B singer is not planning to give up easily. Barrino has been spotted out-and-about with Zion on several occasions. The singer also has a son named Dallas with Antwaun Cook.

THE NEW SEASON OF DEION'S FAMILY PLAYBOOK PREMIERES IN NOVEMBER