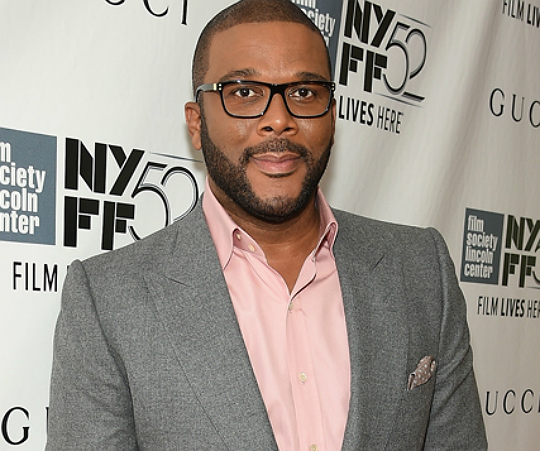 Tyler Perry has gone from saying a little to talking too much. The entertainment mogul recently let it slip that he and girlfriend Gelila Bekele are expecting a boy.

Perry was having a conversation with Jerry Penacoli of Extra TV  when he accidentally revealed the baby’s sex. The star avoided the blunt question posed by Jerry concerning whether the baby would be a boy or girl by saying, “We’re having a baby.” Tyler then went on to talk about his mission as a father, and that’s when all secrets were revealed.

“The greatest gift I’m being given right now is the opportunity to give the little boy in me everything I never had, so that’s what I’m excited about,” explained the star. “This beautiful human being that God has allowed to come into my life for me to get to know, because they come with their own personalities, who they are, to shepherd and usher him…”

Tyler realized his mistake and said, “I said ‘him.'” Knowing full well that it was too late to take back his revelation, Perry simply finished his thoughts about being a father who guides his child into his destiny and smiled. This will be Tyler and Gelila’s first child together.