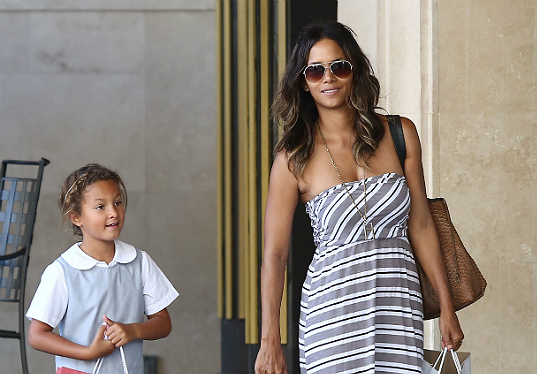 Extant’ actress Halle Berry took her daughter Nahla,6, shopping at The Grove in Los Angeles, California on September 29, 2014. The pair shopped at Crate & Barrel and then American Girl to get Nahla a doll.

Earlier this month, Halle and husband Olivier Martinez celebrated their one year wedding anniversary with their kids in Maui. The family of four enjoyed a fun-filled time zip-lining, parasailing, and spending time at the beach.

Berry and Martinez married at the Château des Conde in Vallery, France, last summer after co-starring in 2010’s Dark Tide. They welcomed their son, Maceo-Robert, on October 5th, 2013. 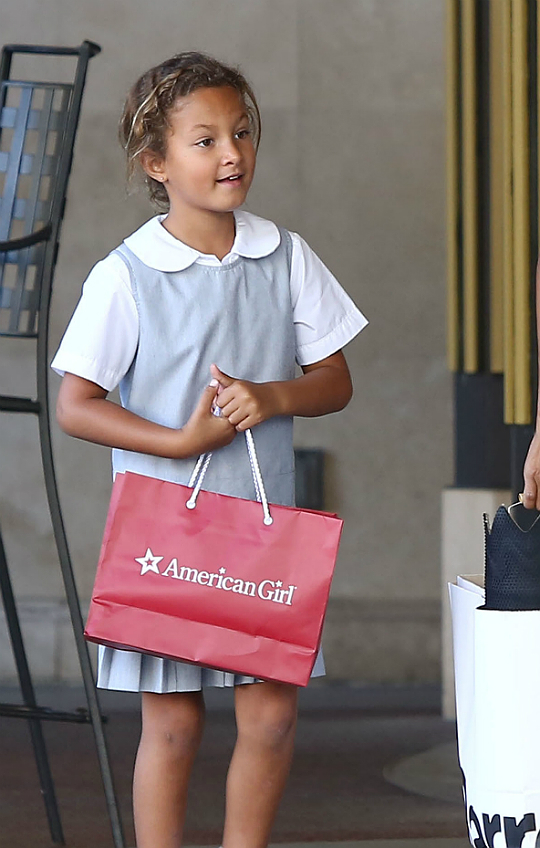