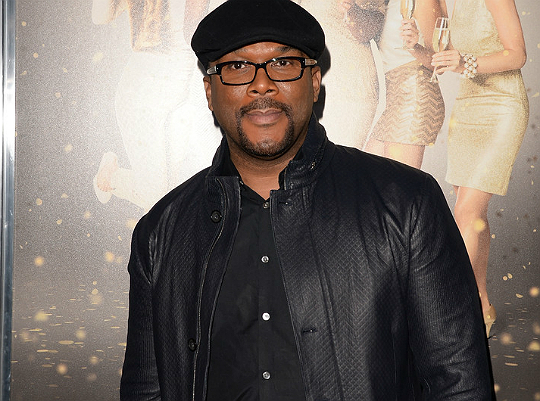 Tyler Perry is expecting his first child, according to several media sources that report the entertainment mogul shared the great news of his anticipation during his forty-fifth birthday celebration.

“Tyler Perry is a daddy to be!!! The entertainment mogul just revealed he’s expecting his first child during his 45th birthday party last week. While he did not reveal who the mother is, sources close to Perry believe that it’s likely model/philanthropist Gelila Bekele is the mom to be. She and Perry have been linked off and on for the last five years or so.”

Tyler Perry has yet to make a public statement about his alleged venture into fatherhood. Gelila Bekele is an Ethiopian model and humanitarian whom Perry has often been see with at social events.

KIM AND NORTH WEST HEAD OUT OF LAX

MARIO VAN PEEBLES AND SONS ATTEND 'JIMI: ALL IS BY MY SIDE' SCREENING

MARIO VAN PEEBLES AND SONS ATTEND 'JIMI: ALL IS BY MY SIDE' SCREENING