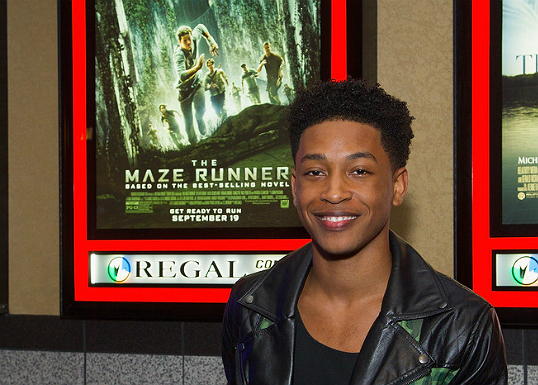 The Maze Runner hit theatres this weekend, with an opening so strong it more than doubled the number two opener. Sound strange? That’s because it is. The young-adult sci-fi, co-starring Jacob Latimore alongside Dylan O’Brien and Chris Sheffield, is now the first of its class to pull off a post-summer release. And a successful one at that!

Being that Sepetember is generally a slow month at the box-office, this one comes as quite the surprise, bringing in $32.5 million straight out of the gate. “We took a risk, but it paid off” said Chris Aronson, head of distribution for Fox.

Perhaps even more surprising is the film’s level of success despite a nearly all-male cast. Typically adaptations of young-adult fiction have been targeted to teenage girls, from the Twilight series all the way to The Hunger Games, and beyond. But The Maze Runner, written by James Dashner seemed destined to attract more males to the screen. But so far, an estimated 51% of attendees were female, giving the film one of the most even gender-splits of young-adult blockbusters yet. And according to CinemaScore research, both loved it, giving it an overall grade of A-.

It is the first of a trilogy, and follows Thomas (O’Brien), a young man who finds that his memory has been erased before he is dropped into a hole landing in what appears to be a post-apocolyptic world populated only by other young men. Realizing he is stuck in a dangerous maze, Thomas decides not to go down without a fight.

The film was shot in the backwoods of Louisiana, which was a culture shock to Jacob who declares himself a “city boy.” He said, “It was a different experience being out in the ‘wild’”, but the multi-talented teen added “We stayed in one hotel, so we were with each other 24/7 and we built a really nice relationship. I think the chemistry showed in the film.”

Check out the trailer below.