Home » YOUNG STARS » QUVENZHANE IS IN STYLE AT TIFF

QUVENZHANE IS IN STYLE AT TIFF 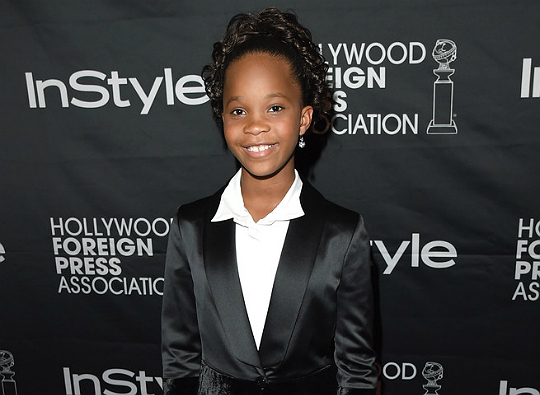 Quvenzhane Wallis donned a sophisticated look for her appearance at the HFPA+InStyle 2014 TIFF celebration.

The prestigious Toronto International Film Festival always brings out the best of the best. This year it runs from September 4th  -14th, where it will premier some of the year’s most anticipated independent films. The celebratory events go on and on as the stars explore the city.

The 11-year-old starlet was also spotted at a party in the sky. The CN Tower was the choice location for Roberta Armani and Producer/Director Edward Zwick, who hosted the world premier of Films of City frames. The project has film school students from all over create short films using Armani’s Frames of Life Eyewear as a “perceptual frame”.

Quvezhane, star of the upcoming Annie, is no doubt happily taking in the experience. She tweeted, “Toronto Film Festival, Kahlil Gibran’s The Prophet. Having fun.”