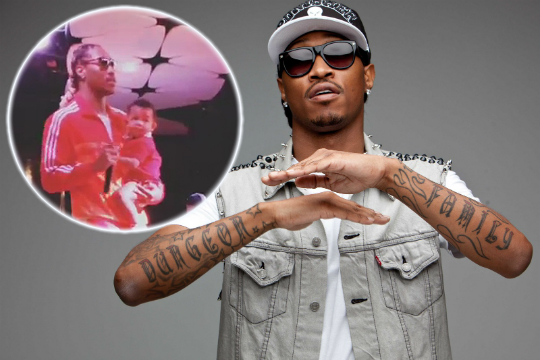 Nayvadius Cash, a.k.a. Future, has fallen on hard times. In addition to breaking up with fiancee Ciara, the rapper has also lost his child support battle with Brittni Mealy. TheJasmineBrand.com reports exclusively that the artist must give the mother of their 1-year-old son Prince more than $30,000 annually in financial support.

The rapper also recently settled with the mother of his 11-year-old son, Jessica Smith, who was awarded $2,800 per month in support.

Although $3,000 is not a lot for someone who earns $50K per month, it must be a bit of a blow for Cash who is still dealing with the abrupt ending of his engagement to Ciara. The ‘Speechless’ singer revealed her decision to break up with Future on Thursday while also sharing the joys of motherhood with Us Weekly. “My son has been the best thing that has happened in my life,” said Ciara. “He has been amazing and he is truly heaven-sent. And so, I just feel all that love.”

Ciara and Future announced their engagement a few months back. They welcomed their son into the world on May 19, 2014.