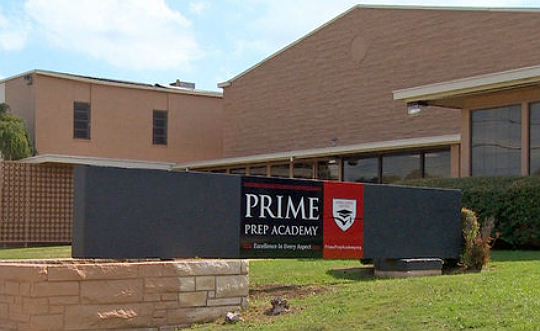 Prime Prep Academy may be closing its doors soon if the administration doesn’t get the school’s business in order. The state of Texas has reportedly pulled the charter from the prestigious school due to co-founder DL Wallace’s involvement in corruption scandals that include, “Missing money, improper payments, poor building conditions, poor academics, and missing (if not stolen) laptops computers.”

Deion Sanders founded the school along with Wallace in 2012, but hasn’t been as involved in the business aspect of the academy. The former NFL star did comment on his former co-founder’s actions telling Twitter fans, “DL Wallace was a crook and heartless and we are still suffering from his devilish ways.” Sanders also informed fans that he and the school plan to repeal the verdict handed down by the Texas Education Agency.

Deion founded Prime Prep Academy in 2012, after seeing the plight of education in Texas. Students who attend have been able to reach their full potential with top-notch technology and highly motivated educators. Deion Sanders has five children in all.