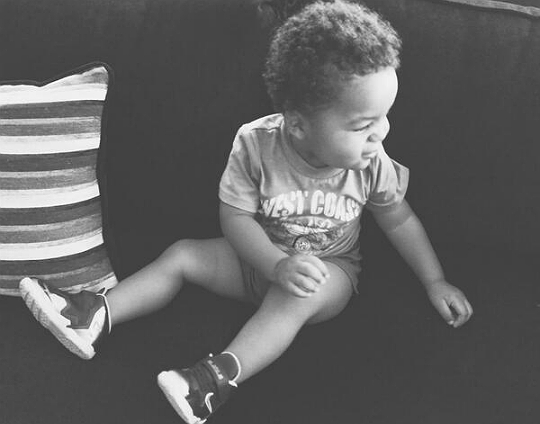 While promoting her new film, School Dance starring Bobb’e J Thompson and directed by Nick Cannon, Amber Rose opened up  to Global Grind about her personal life and the joys of motherhood.

The 30 year old actress gave birth to Sebastian in February 2013. In the interview she discussed how she had trouble learning how to dress for her post-baby body and ended up turning to her best friend, Pricilla Ono who is plus-sized, for help. Together through this experience they decided to start an online clothing business that would cater to all body sizes. It would have a “no woman left out” policy, Amber explained. The site has since launched and is called Rose & Ono.

So now an entrepreneur on top of everything else, she and her husband are busier than ever. When asked how they make time, Amber stated that they simply make it work. “It’s difficult ’cause we don’t work 9-5s”, she points out. For the time being, their schedules are rather opposing, since Amber typically wakes early with the baby, at which point Wiz is only just leaving the studio to get some sleep. Of course, he takes a daddy shift later on in the day. “[He’s] amazing” she delighted. “I couldn’t ask for a better father.”

But with two parents in the limelight, it’s inevitable that he will have trouble staying out of the spotlight. While Amber isn’t sure how it will effect him, she does admit that the idea of cyber-bullying is her biggest fear for him as an adolescent, famous or not.”The only thing that does scare me is social media. People are very mean, they are very hurtful and people are getting cyber bullied. I can only imagine that 10 years from now if he’s on the computer and getting cyber bullied…. I just need to make sure that I am always there for my son that I know exactly what’s going on at all times. So I can prevent him from getting depressed or having anxiety. Thats what a lot of kids go through now. So I can imagine that in the years to come it’s only going to get worse.”

For now though, Sebastian appears safe, happy, and surrounded by love.