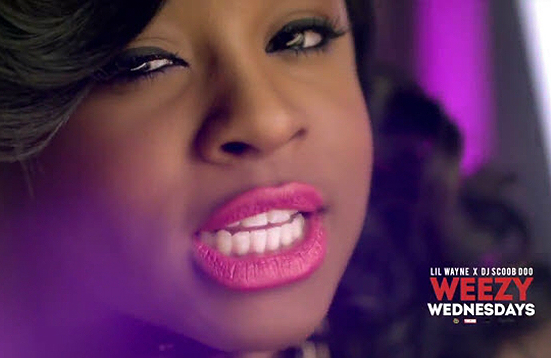 Proud father Lil’ Wayne officially announced yesterday that his eldest daughter, 16-year-old Reginae Carter, is now a Young Money artist. He used his own platform, Weezy Wednesdays, to make the announcement as well as to debut her first video for the single “Mind Goin’ Crazy”. It is the first release off her upcoming album, Becoming Reginae, and the video was made in collaboration with Hairfinity for whom she is now serving as Junior Ambassador.

She is presently also working on a clothing line, YMCMP (Young Money Cash Money Princesses) with Bria Williams, Birdman’s daughter.  In a 2013 interview, Young Money President, Mack Maine, described Reginae as “a super megastar” and said we can “just expect greatness” from her in the future.