by BCK staff
in NEWS, Television Watch, Video, YOUNG STARS
0
1
VIEWS
Share on FacebookShare on TwitterShare on LinkedinShare on Whatsapp 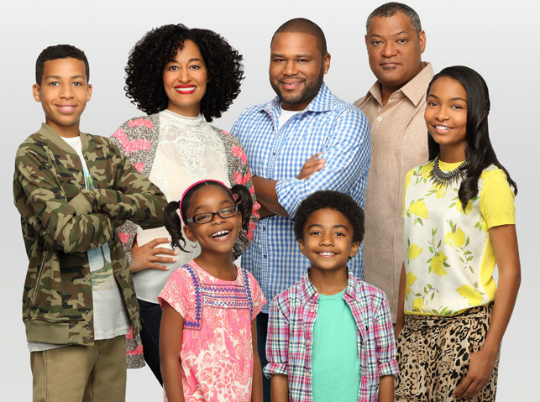 “Black-ish” stars actors Anthony Anderson as Dre; Tracee Ellis Ross as Rainbow.; and Laurence Fishburne will be playing wise ol’ Pops. The four children in the cast are made up of  a few young stars that are certainly worth watching.

Yara Shahidi,14, who is currently known for her role as young Olivia Pope in the hit T.V. show Scandal,  will be playing the role of Zoey.  Marcus Scribner, best known for his role on Castle, will be playing Andre Jr.  Meanwhile, Californian born Miles Brown will star as Jack. It will be his first big role, but not his first time in the spotlight. His dancing skills have had him featured on The Ellen Degeneres Show and America’s Got Talent. Finally, the youngest child will be portrayed by newcomer Marsai Martin. The role of Diane will be her first ever.

The sitcom will follow the affluent black family as they struggle to understand their collective identity. While it may seem as though dad Andre Johnson (Anderson) has it all – a great family, a great job, and a great set-up in the suburbs – he can’t help but wonder if his cozy lifestyle in the predominantly white upper-class neighborhood made his family too assimilated? With a little inspiration from Pops, Dre decides to try to regain a sense of cultural identity for him and his family.

The show should make for a great opportunity to explore social issues associated with race and class, as did the 1970s classic sitcom The Jeffersons, starring Sherman Hemsley.

This star-studded cast will almost definitely bring in viewers, and some big laughs. While Anthony and Tracee, are well known for their comedy, and Laurence has made a name for himself throughout a long career of classic roles, rising star Yara and her fellow “siblings” should be able to attract a new generation of viewers.

Black-ish is set to take on a Wednesday night slot, 9:30pm on ABC.

REV RUN AND FAMILY ARE BACK... IN THE KITCHEN

REV RUN AND FAMILY ARE BACK... IN THE KITCHEN