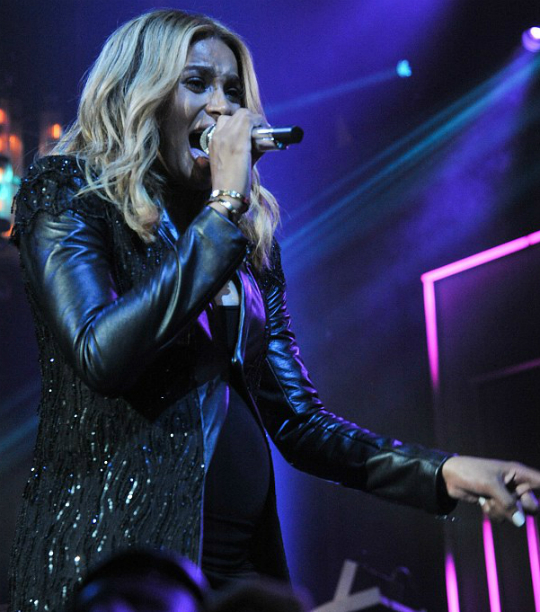 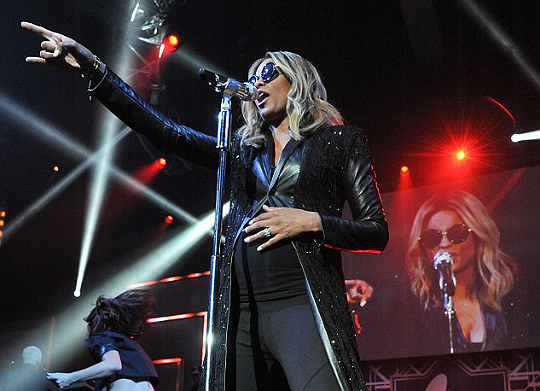 Singer Ciara performed with her baby belly at the GRAMMY afterparty at the LA convention Centre on January 26th.

The 28-year-old artist traded in her gold Pucci gown for an all black ensemble, featuring a long studded black leather trench coat for the show. She was joined by backup dancers on stage where she performed Overdoes (from her sixth LP), DUI and her hit singles Like a Boy and Goodies.  She also sang her own version of Ginuwine’s 1996 single Pony.

Ciara announced that she was pregnant on “The View” on Januaary 14th and has been flaunting her bump since. She is currently engaged to her baby’s father, rapper Future.