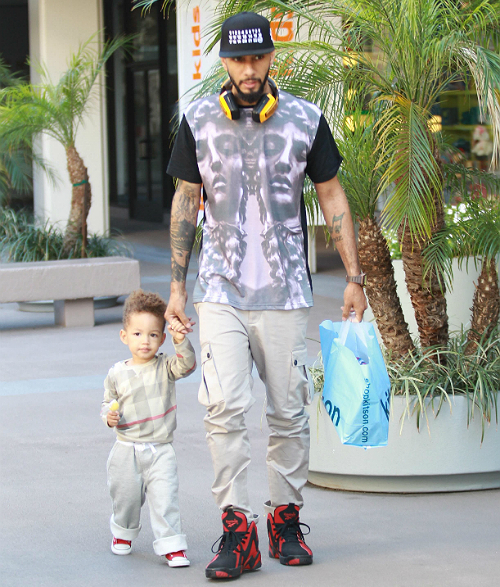 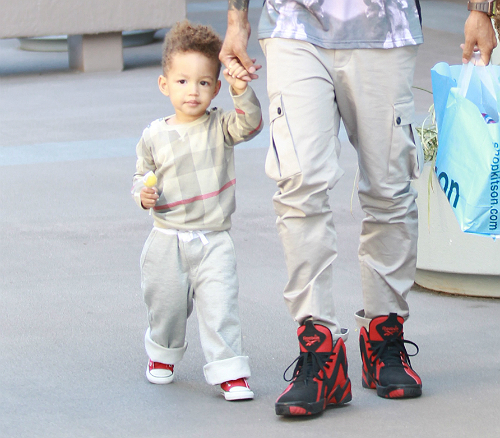 Egypt Dean,2, was spotted out in West Hollywood with his parents Alicia Keys and Swizz Beatz on February 12th, 2013. The trio were photographed shopping at Kitson Kids and were later snapped leaving the Newsroom Cafe. 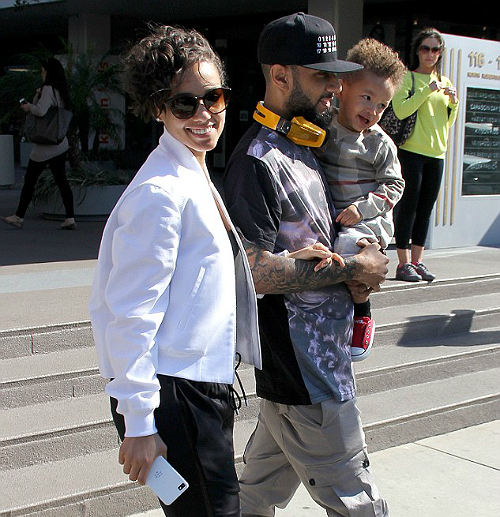 Keys was all smiles as he walked out of the cafe. The singer’s shoes matched well with her outfit that served as the epitome of casual. Little Egypt was also joyful, letting off a giggle as he rocked in red chucks and beige wear. Swizz was the ever-so-cool one, giving bystanders a bit of glee as he sports yellow headphones with red and black shoes.

Keys was one of many to perform at the 55th Grammy Awards. The singer rocked the Staples center with Maroon 5 as the two performed ‘Girl On Fire’ together.

Egypt is Swizz and Alicia’s first child together. Beatz has four kids in all.