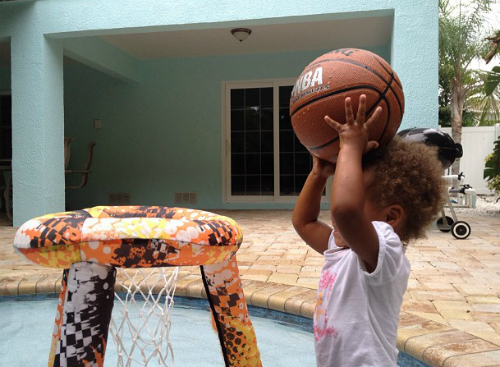 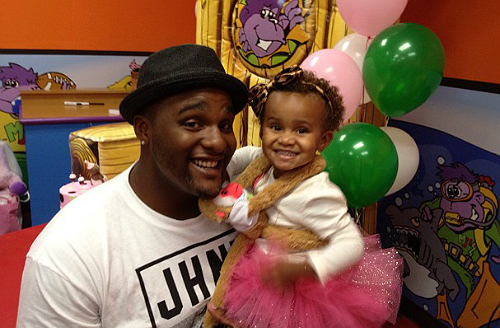 Glen Davis, a.k.a. Big Baby Davis, and his princess spend time with the monkeys. Amari,1, is the cutest of the bunch with her pink tutu and leopard headband. “Look at my lil monkey,” Davis tweets.

Glen recently talked with elementary school students about the importance of healthy living in Orlando, Florida. The NBA player explained the importance of fruits and vegetables, pointing to each food type as he handed out lunches and telling them that their favorite NBA players eat apples and carrots to remain healthy.

Davis later told media that he has noticed a great difference in his game since deciding to adopt good nutritional habits. “It’s been the difference in my career. Knowledge is so important and I learned about healthy choices and now I want to teach kids the same thing,” said the Orlando ‘Magic’ player. “It’s mental in a lot of ways. But you learn how important good nutritious foods are in every day life and it pushes you,” added Glen.

AVA IS GETTING A BABY BROTHER