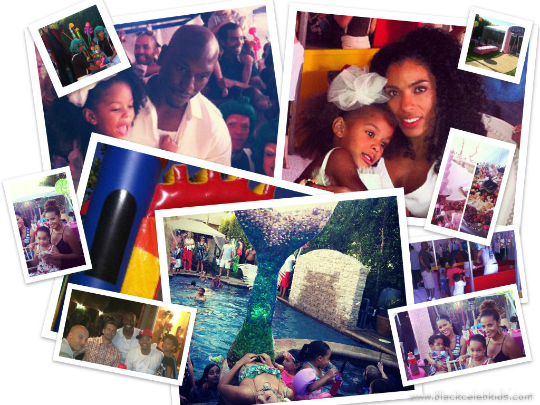 Shayla Gibson, the daughter of  Tyrese Gibson, celebrated her fifth birthday on July 14, 2012 with a Willy Wonka-themed party. In attendance for the event were Shawn Stockman, Will Smith, Vin Diesel, Tank, Larenz Tate, and their kids.

Shayla, born July 11th,  is the singer’s only child with ex-wife Norma Gibson.