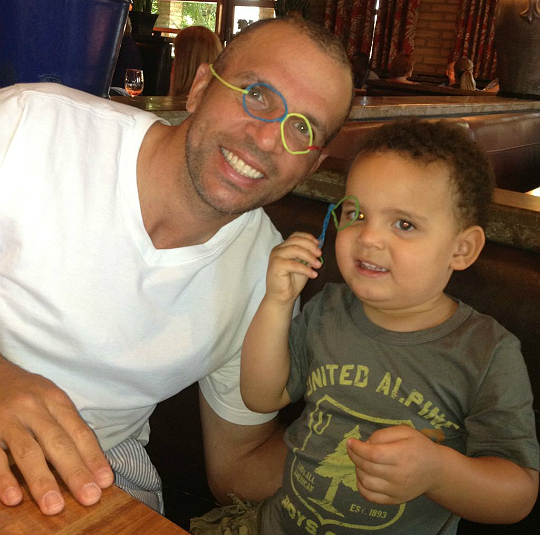 It’s play time in the Kidd neighborhood. NBA player Jason Kidd and son get goofy for the camera while dining at a restaurant. Jason and wife Porshla Coleman are expecting their second child together this Summer. The newest addition will make baby number seven* for Jason.

Kidd recently commented on the Nets’ decision to move to Brooklyn, New York. Jason said, “I think going to Brooklyn brings a lot of attention. The last professional team there was the Dodgers, so I think they’re going to be very excited. And then with the Russian owner (Mikhail Prokhorov), I mean, he’s not short on money so I think they’re going to go out and make a splash.” Kidd mentioned the possibility of relocating his family to New York to play for the team if the Nets find success in Brooklyn.

* Rumors are that this will be baby number nine for the basketball Player.

Check out more pictures of the duo below!