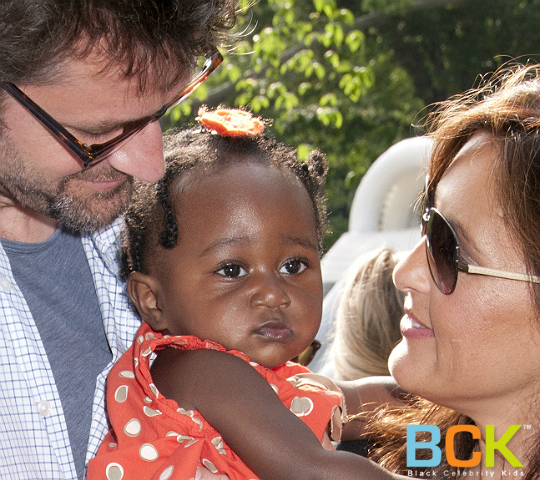 The Hermanns pose for a picture at the annual family party in Central Park event sponsored by Playground Partners. While Mariska Hargitay served as host at the event, her husband Peter Hermann spent quality time with the couple’s daughter Amaya,1.

Mariska and Peter adopted Amaya last April. “I’m not gonna lie. There were wrenching moments. I say to everybody, Adoption is not for the faint of heart,” the actress said recently.

The couple are also parents to August, 5, and adopted son Andrew, 7 months.