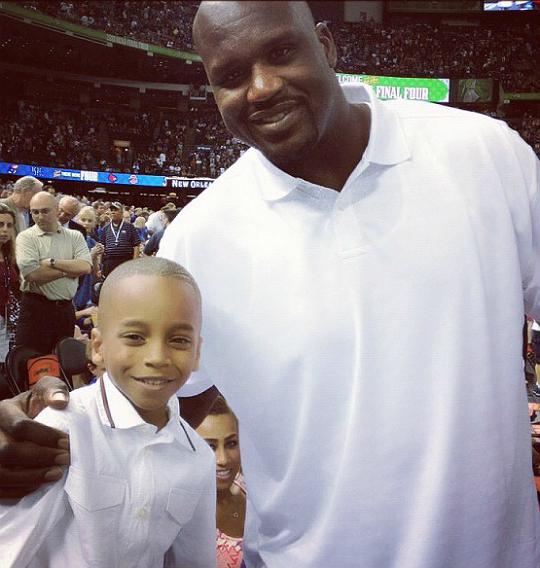 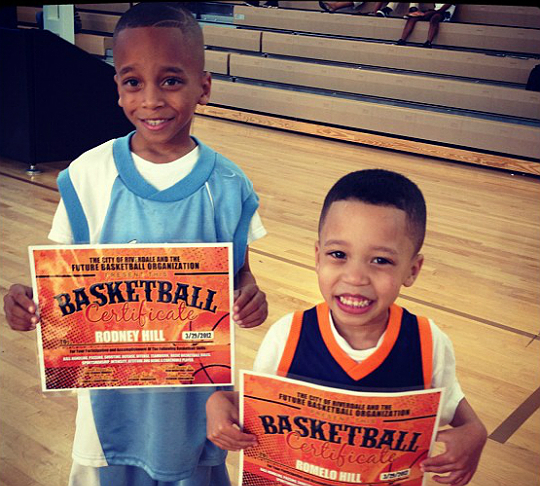 The Hill brothers are as happy as can be! The duo both received basketball certificates during a school award ceremony this past weekend.

To top it all off, Romelo,4, and Rodney,6, had serious fun with mom Monica Brown at the NCAA basketball game in New Orleans on Saturday, March 31, 2012. The R&B singer performed the national anthem before the game’s start with Romelo and Rodney watching from the sideline. Rodney even had a photo-op with NBA star Shaquille O’Neal!

See more pictures of the boys below!

MARIO VAN PEEBLES AND SONS PARTY IT UP