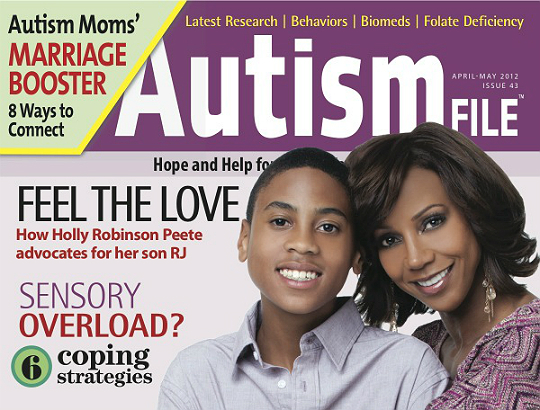 Holly Robinson Peete and son Rodney Jr. cover Issue 43 of Autism File magazine. Holly recently commented on her son’s progress and thanked the magazine via Twitter saying, “So proud of my little man! He has come so far… Thank you @AutismFile for a great resource for families affected by autism.”

pril 2, 2012. The Peetes and Braxton adorned the sky with blue lights to remind everyone that autism speaks.

Toni’s son Diezel,9, was diagnosed with autism in 2006 after being thoroughly analyzed by a physician. Rodney Jr. has progressed well since being diagnosed with the disorder in 2000.

AUDRA MCDONALD AND HER MINI SIDEKICK

AUDRA MCDONALD AND HER MINI SIDEKICK