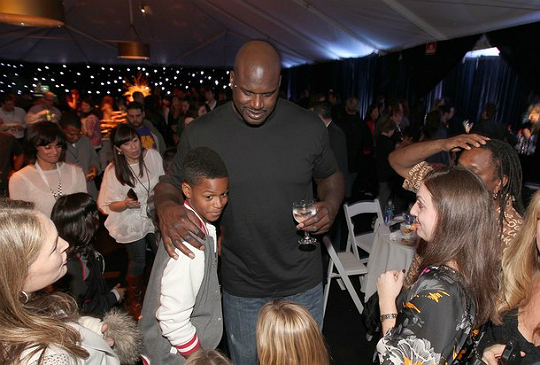 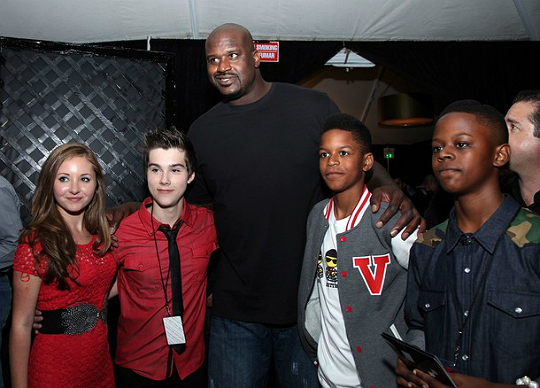 Shaquille O’Neal poses with his sons Shareef,12, and Myles,14, at  the after party for the 2012 Cartoon Network Hall of Game Awards on Saturday, February 18, 2012 in Santa Monica, California. O’Neal hosted the party.

When recently asked about his children’s perception of him O’Neal said, “My kids think I’m cool. I make them look good!” Shaq is recognized by many as a role model to children; a role that he attributes to positive life choices. As O’Neal explained, “[Being classified as a role model] just makes me realize that I did everything the correct way. I’ve surrounded myself with very influential people all my life who have kept me out of trouble.”