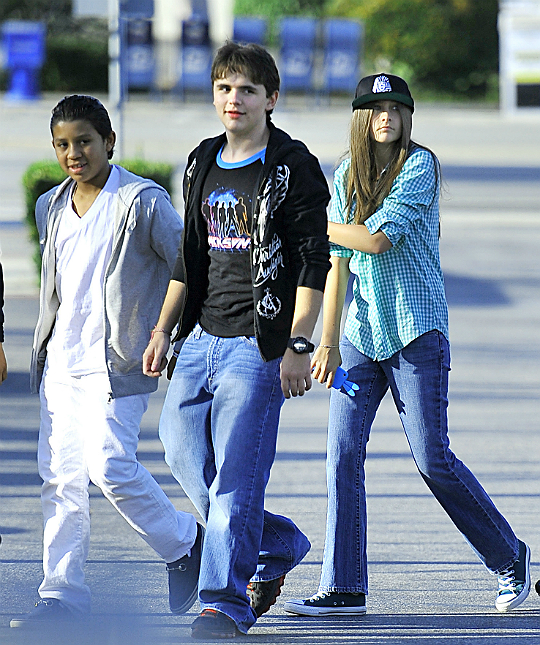 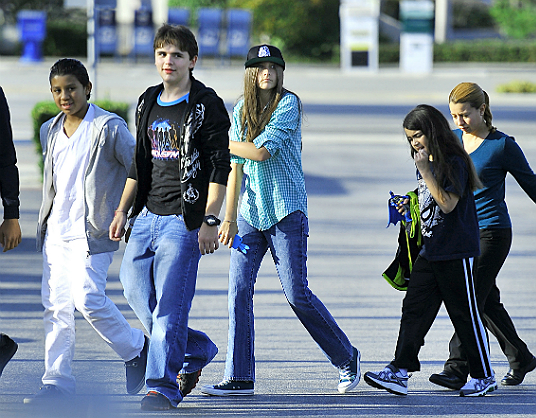 Michael Jackson’s three children Prince, Paris, and Blanket headed to the movie theater with their cousins Jaafar and Jermajesty to catch a showing of ‘Chronicle’. After the movie, the King of Pop’s kids bumped into one of their father’s long time fans who gave them a late Christmas gift while they caught up on old times.

Paris Jackson,13, recently cleared up relationship rumors via Twitter. It was speculated that she and rapper Romeo Hodges were an item when Jackson asked fans to pray for Hodges after his car accident. Paris, however, has debunked such rumors tweeting, “Dear media, I’m single…! Sincerely, it was a joke.” Jackson is expected to star in her first motion picture later this year.

Check out more pics from the Jackson kids’ night out!

JULEZ AND FRIEND AT THE MARKET