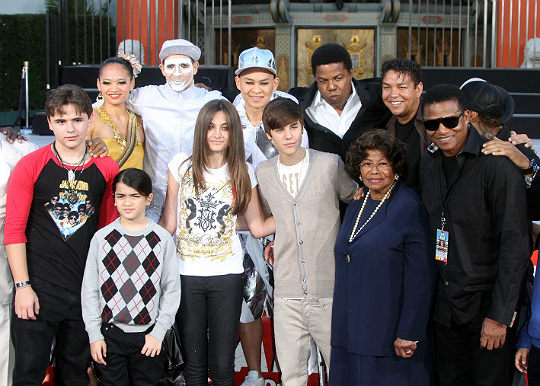 Michael Jackson’s children pose with guests during the Michael Jackson Immortilized event in Hollywood , California on January 26, 2012. Jackson’s children Prince,14, Paris,13, and Blanket,9,  imprinted their hands along with their father’s sequined glove and shoes in the cement of the famous forecourt of the Grauman’s Chinese Theater. Family, friends, and fans celebrated the legacy of the King of Pop.

Michael’s children were honored to take part in the immortalized event. Prince states, “For me, and I think I speak for him as well, this right here is his lifetime achievement award. This is what he strived to get.” 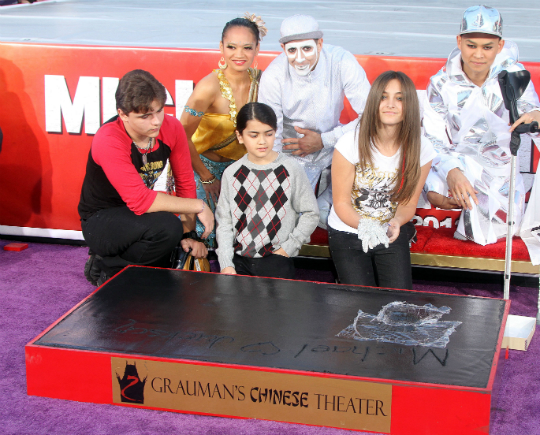 Various celebrities attended the ceremony in memory of the pop legend. Justin Bieber said, “I want to have that perfection, I want to, you know, be the best I can be, that’s what Michael did. He always wanted to be the best he could be.”

The ceremony was in promotion of Cirque du Soleil’s “Michael Jackson The Immortal World Tour” scheduled to make its debut in Los Angeles today. Michael Jackson is the first celebrity to have an immortalized ceremony done in their memory.

PRINCE ACCEPTS HISTORICAL CONTRACT WITH SON BY HIS SIDE